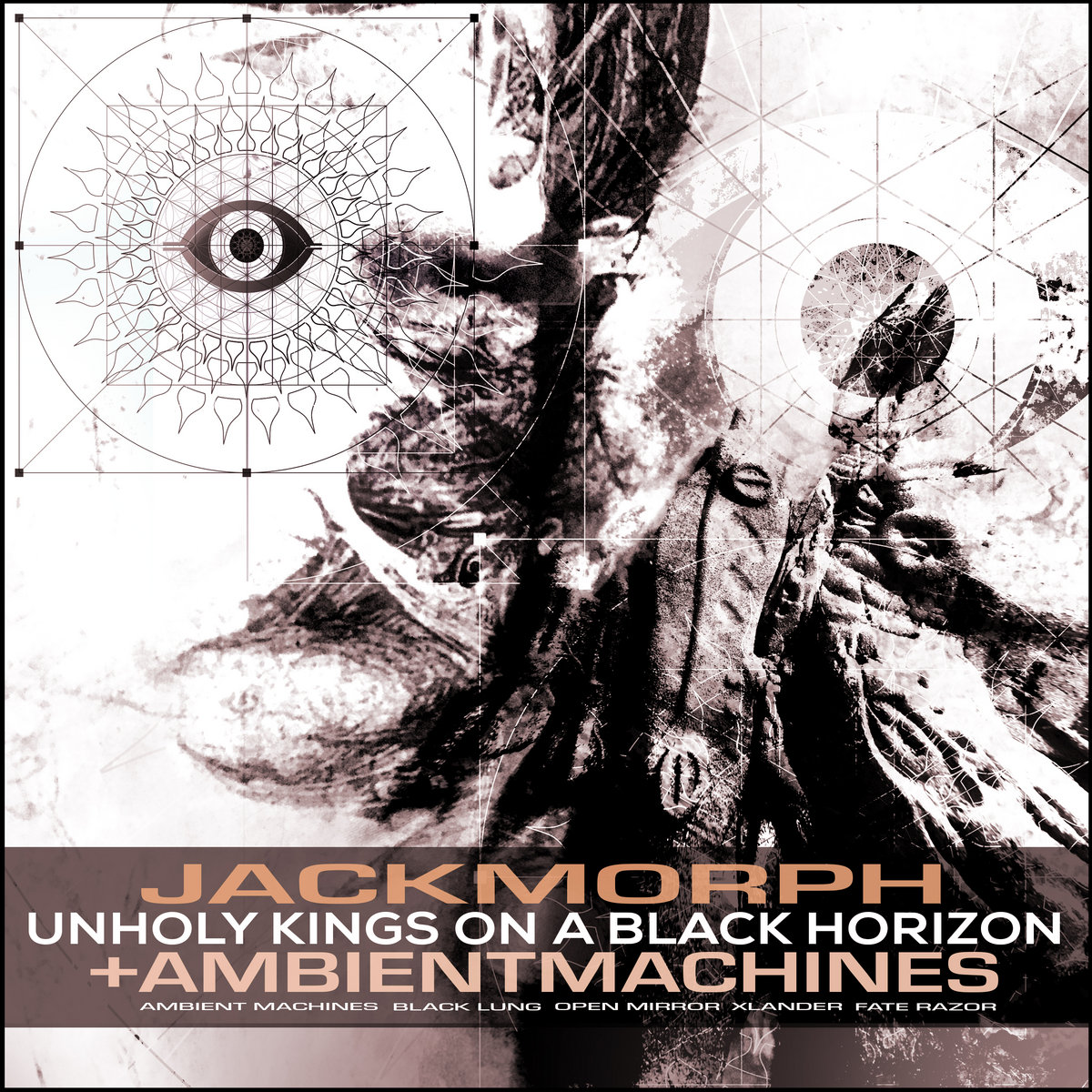 Unholy Kings On A Black Horizon is an Audio-Visual collaboration between Lightarmour Editions and artist Jack Morph. The artist initially requested the use of a number of Ambient Machines tracks (from a now-deleted album from 2014) to accompany an exhibition of his works at the Art Gallery of Ballarat in May.

Ambient Machines is a softer, more minimal version of Fate Razor, whose first album influenced Jack Morph's artwork and the development of the theme of Unholy Kings. In turn, the artwork influenced both the remixed and new AM tracks.

Tracks from two other Perth electronic artists, X.lanDer and Open Mirror (both currently in Production for debut releases on Lightarmour Editions) were seamlessly spliced into the compilation. Finally, Melbourne's prolific talent David Thrussell was invited to contribute three of his Black Lung tracks - previously released, two of which have been reworked for Unholy Kings; including "Angstlos" from the legendary 1994 album "The Depopulation Bomb".